Most people learn their first civics lesson while sitting in a classroom, but Kara Hahn first remembers serving the public while riding in the back of pickup truck with her dad after Hurricane Gloria ravaged Long Island back in 1985. As a volunteer firefighter, her father 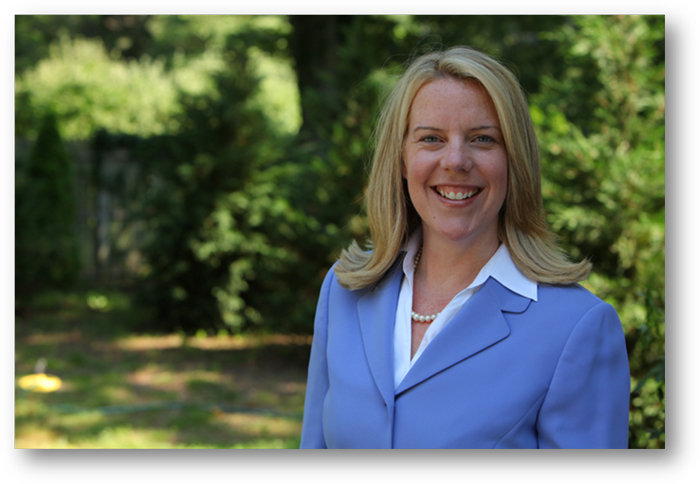 showed Kara and her siblings what it means to make a difference in people’s lives. For days, they worked side-by-side with other community members to clear downed trees from the roadways. And, as she drives these same roadways now with her daughters Karina and Hope, Kara continues to be inspired by those early lessons and seeks to instill that same sense of civic responsibility in her children.

In 2011, residents of the Fifth Legislative District elected Kara to be their voice on the Suffolk County Legislature. As your representative, Kara’s mission has been to make government more open and responsive by passing legislation that strengthens the County’s central mission of protecting public health and safety.

Because of her thoughtful leadership, Kara was elected to serve as the Legislature’s Majority Leader in 2016, 2017, 2018 and 2019 and chosen as the body’s Deputy Presiding Officer in 2020.

As a champion for our environment, Kara has introduced legislation:

She has also been instrumental in modernizing the County’s land preservation program so that it will remain an important tool in protecting ground and drinking water and our quality of life.

As a tireless advocate for victims of domestic violence, Kara has advanced initiatives that:

As a proponent of healthy living and our open spaces, Kara has successfully worked to promote the link between recreational opportunities in our parks with improved public health outcomes by:

As a parent, Kara has worked to protect families by passing policies:

Born in Port Jefferson, raised in Stony Brook and now raising her family in Setauket, Kara cares deeply about our community. Prior to her election, Kara served as President of the Civic Association of the Setaukets and Stony Brook, a role that highlighted her passion for public service and earned her the Village Times Herald’s 2009 “Civic Woman of the Year” distinction.

Kara has served as Public Policy Coordinator for a Child Care Advocacy organization in the City of Philadelphia, Senior Public Relations Specialist in the corporate communications division of a multinational high technology corporation and the Director of Communications for the Suffolk County Legislature. Kara holds a Master’s degree in Social Work Policy from the University of Pennsylvania and a Bachelor’s degree with distinction from the University of Delaware. A native of Three Village the area, Kara graduated from Ward Melville High School and currently resides in Setauket with her husband Christopher and daughters Karina Gerry and Hope Hahn.